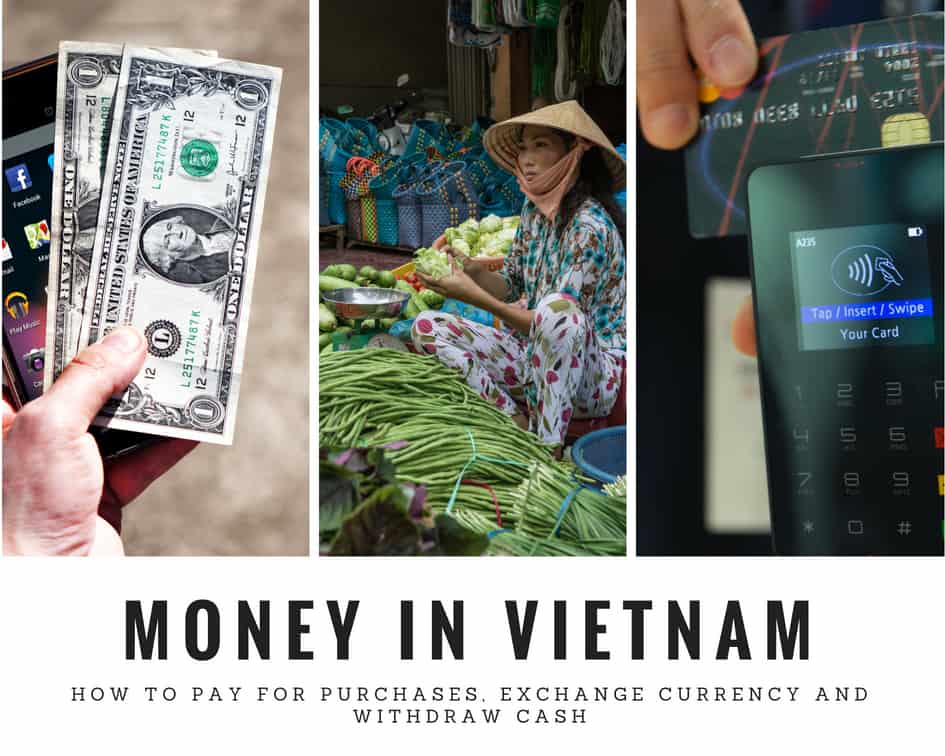 Which currency (money) you should be used when you go to a specific country is one of the most important subjects travelers should research before visiting, because you’re not going to get too far without knowing which currency is most commonly accepted.

The general rule is that it’s best to use the local currency when you travel because it should be accepted almost anywhere. In countries where the local currency is devaluing extremely quickly, however (e.g. Venezuela, Argentina), you don’t really want to be caught holding a currency that loses value every day. Additionally, many shops and restaurants in developing countries do not accept credit or debit card, so sometimes cash is the only option.

So, what’s the story on currency and money in Vietnam? Hopefully, this XO Tours blog post will take away most of the confusion regarding which currency to use in Vietnam, as well as the misunderstanding that usually comes with the topic of money in Vietnam.

Money in Vietnam Table of Contents:

How to pay for your purchases in Vietnam?

The official currency of Vietnam is the Dong (VND). There is nothing that cannot be purchased in Vietnam with the Dong. It’s worth pointing out that it’s actually illegal in Vietnam to request payment in any currency other than Dong. If this is the case, you might ask why the prices at the market when you are shopping for souvenirs in Vietnam (e.g accommodation and tours), are listed in US dollars (USD)? The main reason is for comparison purposes, seeing as few people would understand how the Vietnamese Dong compares with their own country’s currency. Whereas most people would have an understanding of how their currency compares to the USD. For reference, as at March 2018, $1 USD is worth approximately 22,800 Dong.

Now, the big question! Can I pay for things in Vietnam using USD? Yes, it is widely accepted by many hotels, shops, and restaurants.

Now, the second part to the big question! Should I pay for things in USD when in Vietnam? While you can, there is a downside to doing so. The exchange rate will be one that will be set by the vendor, which is more likely to be to their benefit rather than yours. As such, whatever it is that you’re purchasing, it’s likely to cost you more than it should. Now that we know that we need Dong to survive in Vietnam, how do we go about getting it?

The saying ‘Cash is King’, is certainly very true in Vietnam. And because things are relatively cheap there, compared to ‘home’, it’s not difficult dealing solely with cash.

How to exchange your home currency in Vietnam

First off, it’s important to mention that you will get a much better rate when you change your currency in Vietnam, as opposed to changing in your home country. So unless you like giving money away, it’s strongly recommended to wait until you arrive. Many currencies from around the world are widely accepted for exchange, including US dollars, Pounds, Euros and Australian dollars.

When it comes to exchanging foreign currency, you have a few options:

Banks and foreign exchange businesses being the main ones, but surprisingly some of the best places to exchange currency are gold shops/jewelry stores. Banks have more formal procedures which means you’ll need to show your passport, as well as fill out forms. You also might have to wait in line for a while if there are a lot of customers at the bank. Foreign exchange stores are very straightforward, in that you hand over your currency, and instantly receive the equivalent in VND. Exchanging money at gold shops, while technically illegal, is also very simple. No forms to fill out, and passport not required; again, it’s a straight swap. If you’re in a small town and cannot find a currency exchange or gold shop, many tour agents will also offer currency exchange.

Interestingly, even the airport exchange booths are very competitive on rates when compared with the exchange stores and gold shops, dotted around the cities. So, all very straightforward, but is there anything else you need to be aware of before you exchange your hard-earned currency for a fistful of Dong?

Make sure of the following when changing money in Vietnam

1.Have an idea of what the current exchange rate is for the currency you are about to change.

You can do this by downloading one of the many currency apps found on most smartphones, or even just simply having a shortcut link to a currency exchange website, on your phone. What the app, or the website, states as the most current exchange rate (check our real-time VND rate table), won’t be exactly what you will be offered. But, it will give you an idea of what the rate is, and what you are offered should be reasonably close to it. If it’s not, walk out and try another place.

2. Check the notes that you are going to exchange are in good condition. Torn and damaged notes may not be accepted, and even notes that have been written on may be a problem.

4. Count out the notes you receive in front of the person you are exchanging with before you leave the shop.

5. Don’t change too much money in one transaction.  Most likely, the Dong notes you receive are going to take up considerably more room in your wallet than your own currency.

So, not interested in exchanging currency, or just don’t feel comfortable carrying around that much cash? Or perhaps you’d just like another option? ATM ’s are your answer, then.

ATMs are everywhere in Vietnam. You generally won’t have to walk too far in most cities to find one. But, like exchanging currency, there are some things that you need to know about Vietnam’s ATMs.

What about the ‘hidden’ charges your own bank is going to sting you on international transactions? These charges could actually make the ATM fee look like small change. And if you’re using a low limit machine; needing to withdraw several times to get the amount you require, you could well be in for a rude shock when you check your bank statement when you get home. These charges will vary from bank to bank, but you could be looking at a fee of around $5 per transaction. This might not sound like a lot, but it quickly adds up if you’re restricted to withdrawals of around $100. So if you’re planning to use ATMs in Vietnam, try to apply for a card from a bank that does not charge you extra for withdrawing money internationally.

How to use Credit Cards in Vietnam

Although the number of businesses in Vietnam that will accept credit card has increased dramatically in recent years, aside from large Vietnam hotels, some tour operators, large supermarkets and some restaurants, most businesses in Vietnam still do not accept credit card. Even for businesses that do accept credit cards, be aware that some merchants will add a minimum 3% surcharge onto the purchase price in addition to the foreign transaction fees that your own credit card company may charge you. As with the advice we gave regarding ATMs cards, try to sign up with a credit card provider that does not charge international transaction fees before traveling. In summary, we would only recommend using credit card for large purchases where you can earn reward points or in case of emergency.

As you can see, there are lots of zeros. And that can be a little confusing at the start. Adding to the confusion is that some of the notes are of a similar colour, so make sure you are aware of which note you are handing over, as well as any notes you are receiving. Note: To check out the current rate, check out the XO Blog Vietnam Dong currency converter.

You will receive the lower denomination paper notes quite often as change, and while they are worth very little, they do add up when you have a lot of them. These smaller notes can be very handy for low-cost items such as bottled water, street snacks or even for your motorbike taxi.

Which brings us to: which notes should you always want to have on hand?

Here are my VND wallet suggestions

While the 500,000 dong notes are great for larger purchases, like accommodation and paying for tours, they’re not so ideal for everyday purchases like drinks, food, souvenirs, and even taxi fares. Many of the day to day things you’re likely to be buying will be less than 100,000 dong, and if that’s the case, then handing over a 500,000 dong note for a 50,000 dong purchase can be problematic when it comes to receiving change. Always try and keep a few 20,000, 50,000 and 100,000 dong notes in your purse or wallet for those smaller purchases. And if you’re finding yourself running low on those denominations, look for opportunities to ‘break’ a 500,000 dong note. Those convenience stores mentioned earlier can be handy for that.

So, with a bit more of an understanding about your options when it comes to money, hopefully now you’ll have the confidence to go out and really enjoy Vietnam.

If you want some help in making the most of your time in Vietnam, you might consider booking one of more tours with XO Tours in Ho Chi Minh City or Hoi An. XO Tours was recently named one of the top 9 food tours in the worlds by Forbes!